Alessandra Masi is a glamorous Italian film producer and an actress, known for Edward Enderby, The Target (2015) and The Book of Vision (2020). She is in the spotlight after being reported that she is dating 73 years old, Charles Dance, OBE, an English actor, screenwriter, and film director known for his highest-profile role as Tywin Lannister in HBO’s Game of Thrones.

The pair first met in 2018 for art film The Book Of Vision, which aired at the Venice Film Festival on Thursday September 3rd. As such, the pair were seen celebrating its debut as they enjoyed a smooch on a beach in Venice. 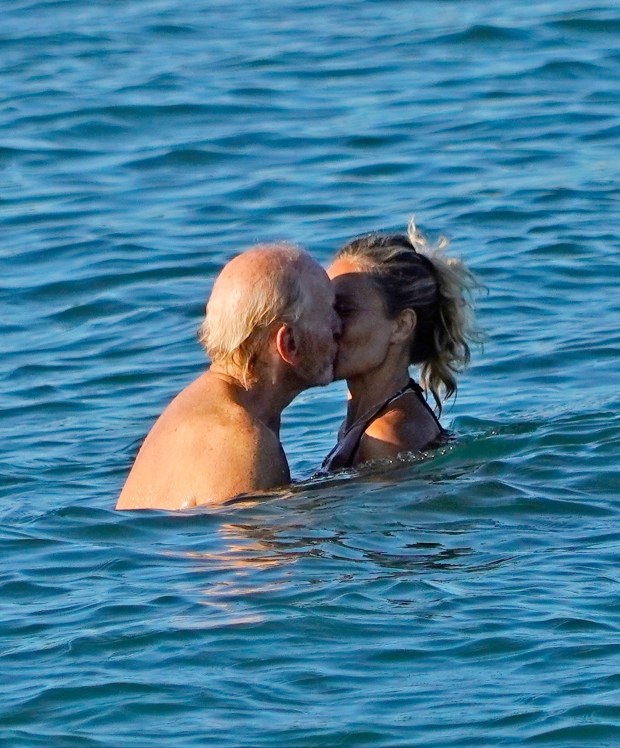 The legendary British actor showed off his toned frame as he took a dip in black swimshorts while Alessandra waded into the sea by his side on a sunny day in the romantic Italian city. The pair were pictured with their arms wrapped around each other and shared a passionate kiss as they bobbed in the water.

Alessandra works as a unit production manager, will also feature in the off-screen team for Charles’ next movie, The Inn At The Edge Of The World.  Game of Thrones actor Charles will also direct, as well as star. It is an adaptation of the book of the same name, by Thomas Ellis.

Dance garnered a reputation as a lothario following his lengthy marriage, dating a string of younger women. The star enjoyed short-lived romances with actress Sophia Myles and model Shambhala Marthe before finding some stability with artist Eleanor Boorman.

The couple went on to have a child called Rose together in 2012, but their four-year romance ended just months later.